Davis P. Bauer has been practicing in Arizona for over 2 years, during which time he has had significant arbitration and trial experience in the areas of collections law and civil litigation. Mr. Bauer has had experience managing his own firm in Arizona, where he was working with several small and large commercial creditors in collections disputes, while also successfully defending against FDCPA and TCPA claims.

Mr. Bauer received his Bachelor of Science Degree in Marketing from the University of Arizona, Eller College of Management in 2014. As a student at the University of Arizona, he received Dean’s List and other academic honors while showing a passion for entrepreneurship. Most notably, he co-founded the UA Campus Pantry, which is one of the most successful college food banks in the country, and a part of the University of Arizona Foundation. After working in corporate sales for one of the largest payroll providers on the globe, Automatic Data Processing, he received his Juris Doctorate degree from the University of Kansas School of Law in 2018. Mr. Bauer received the CALI Award in his first year Contracts class. Following his first year of law school, he returned to Tucson, Arizona where he completed a summer externship for the Honorable Raner C. Collins, at the United States District Court. During his time in Lawrence, Kansas, Mr. Bauer was also a staff member at KU Legal Services for Students, where he assisted attorneys and helped KU students and staff with a plethora of different legal issues. Mr. Bauer also received the Advocacy Skills Certificate at KU Law while being an active member in several different student organizations, most notably the Military Law Society.

Mr. Bauer is a member of the Arizona State and Federal Bar, Colorado State Bar, and Missouri State Bar. He is also a member of the Weld County Bar Association and the San Luis Valley Bar Association in Colorado. He spent 2 years as a teaching assistant at the University of Kansas School of Business where he took part in lectures and discussion sections for KU Business students in MGMT 405: Ethical Decision Making in Business. He is also an accomplished amateur golfer with 3 career aces and enjoys playing basketball, swimming, and yoga in his free time. 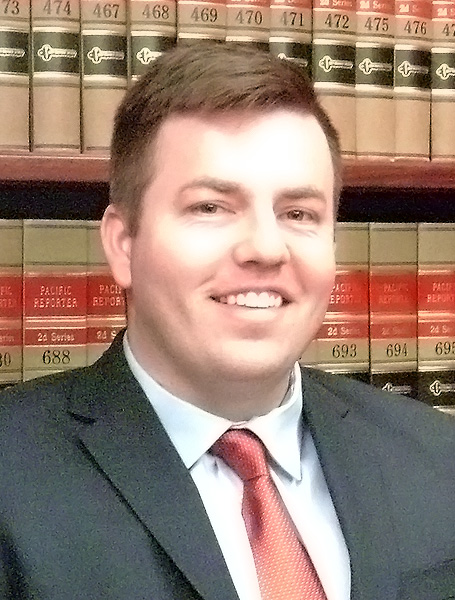